This will be part of a series of food I have eaten around the world. Everything is delicious.

Koloocheh, a soft bready biscuit with a cinnamon filling (recipe here). This was comforting on a chilly December evening in Tehran, like eating a hug:

This was a nutty stew (probably Fesenjān) that our guide told me I, as a foreigner, wouldn’t like. I ordered it to teach him a lesson, but I did genuinely enjoy it. It had a strong, vinegary flavour, which I was fully prepared for that having eaten my Dad’s pickled walnuts which taste much the same: 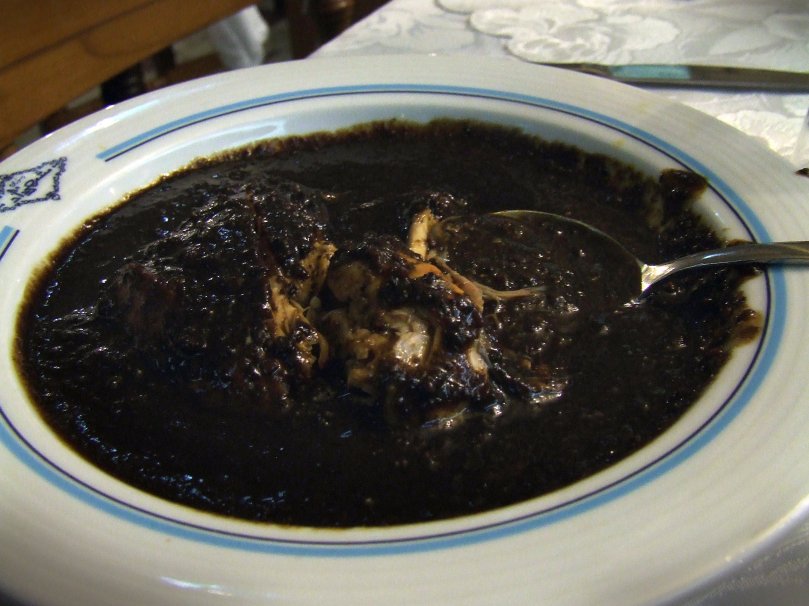 Sweetcorn mixed with mayonnaise and butter from a street vendor:

Faloodeh, or rice ice-cream. We had ours flavoured with lemon and lime syrup. The texture was soft but crunchy: 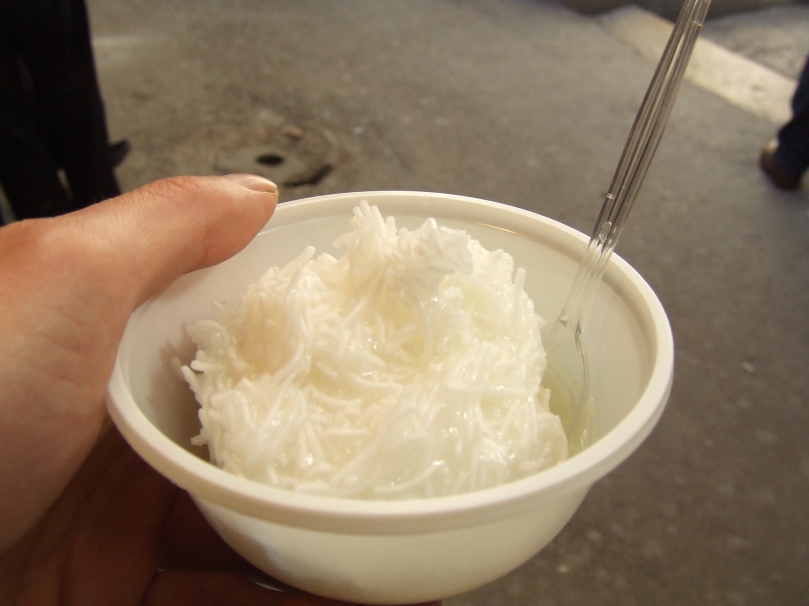 We ate many kebabs, but this one, on our last night, was the best. The meat was juicy and the green peppers almost blew my head off:

Our guide stopped the car so he could run out and buy some of this bread, which was sitting on a table next to the road. We ate it hot from the oven. It was soft and elasticated, like eating a savoury crepe: 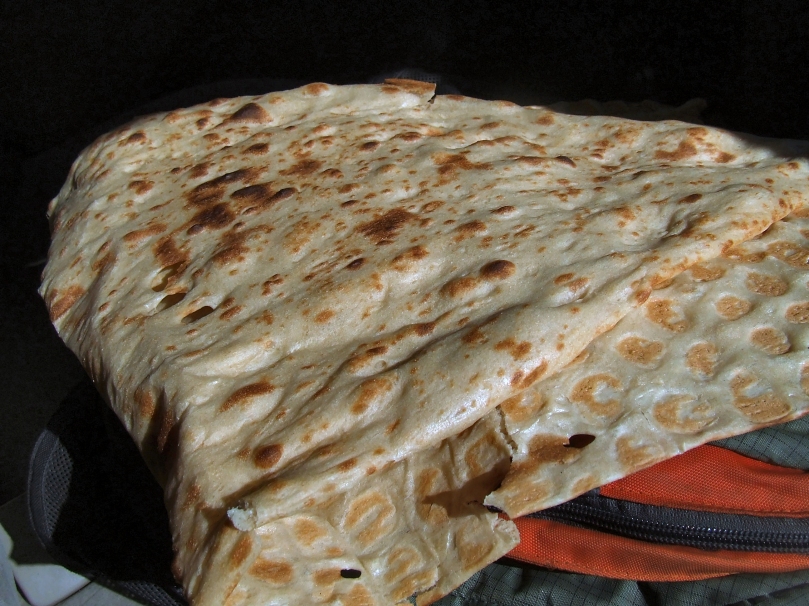 Rice with saffron and dried redcurrants. I believe this is called jewelled rice, for the obvious reason: 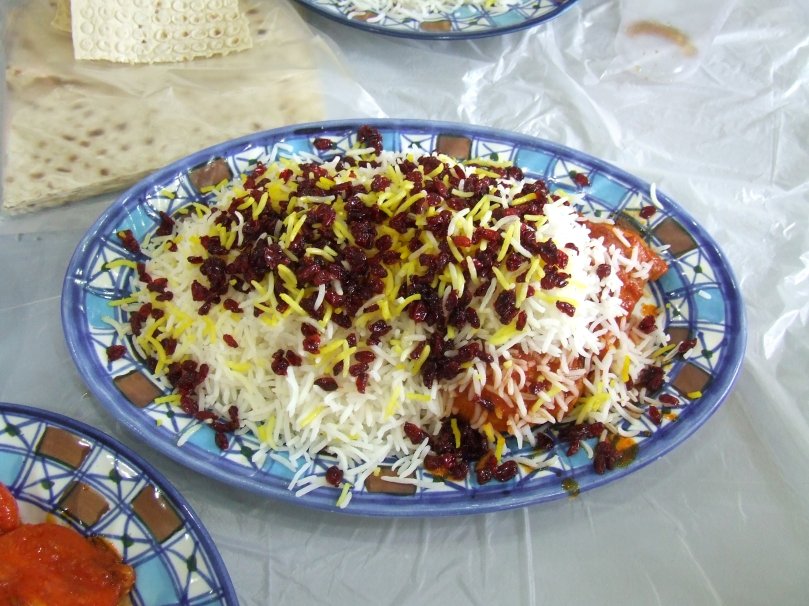 Tender chicken on the bone, served with jewelled rice. After we had this we were given rice from the bottom of the pan, which had hardened and gone brown.  It was indeed tasty and satisfying to chew:

Breakfast of jams, flat bread, cucumber, yogurt, feta, eggs, and black tea. All our breakfasts contained bread, cheese and jam, but this one, in Kashan, had the best selection:

A selection of food for lunch near Persepolis. My buffet technique is always to take a bit of everything, then go back for a second plate of the things I liked the most. This was my first plate. Our Iranian guide objected to me loading so many different things on my plate. ‘It’s not delicious!’ he said. He preferred to chose one or two things and leave the rest out.

Carrot soup in Shiraz. The lime really made it:

3 thoughts on “My Food in Iran”

My Tweets
Back to top